DOT AIKEN SCHOLARSHIP FOR SCAEOP-
RETIRED MEMBERS’ GRANDCHILDREN AND GREAT GRANDCHILDREN
For more information about how to apply, see the form below. ​ 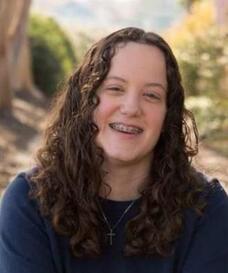 Claire Alise Runyan is the 4th grandchild of 7 grandchildren of Pauline Alford. She is the daughter of Julie Alford Runyan-Brown of Simpsonville, SC. Claire lost her daddy to a terrible autoimmune disease called Diffused Systemic Scleroderma in November 2011 at the age of 9. She has made an impression on everyone she meets. She is a very dedicated individual in all that she accomplishes. Her plans are to go to a college or university in South Carolina. She has been accepted at Converse University, Furman University, USC Honors College, and Fordham University in New York City. Furman is #1 on the list. She will study Math and then decide how she will use her degree after evaluating her options.
She participates in National Beta Club, Mu Alpha Theta, Art Club/Art Honor Society, Science National Honors Society, National Honor Society, National Society of High School Scholars member, Diploma Candidate, and International Thespian Society Member. Claire loves Theatre and was in Foot Loose, Annie and Hairspray at Woodmont High School. Her Awards include: Top 10 Freshman by GPA 2017-2018; Algebra 2 Highest GPA & Highest GPA in Algebra 2 Honors 2017-2018; Highest GPA in Biology Honors 20-17-2018; Achievement in AP Human Geography – All “A’s” 2017-2018; Student of the Month-English Department – October 2017; AP Scholar with Distinction; and National Rural and Small Town Recognition Program Winner. Claire also attended the Junior National Young Leaders Conference in Washington DC in the summer of 2015; attended Summer Leadership Institute at Columbia College in June 2017. She was nominated for the Ace Award in 2017.
Claire has taken mostly Honors and AP courses and received all “A’s” since 2017 to present for all her effort. Her PSAT score is 1410. She is #1 in her class of 366 students with a GPA of 5.395 as of August 2020. Her SAT score is 1580. Kim Whitmire, English teacher at Woodmont High, says: “After grading her first assignment, I was instantly aware that she was already an insightful reader and eloquent writer. Claire is extremely humble about her accomplishments. She sincerely wants others to succeed as well and often assists those who are struggling or lagging behind in her classes.” Claire Alise Runyan is a well deserving student for the Dot Aiken Scholarship 2021.

Warren Level Barr, Jr., eldest grandson of Martha Barr. His parents divorced when he was 3 years old and he lived with his mother and brother in Lithonia, Georgia. He attended Arabia Mountain High School. In the summer, his grandfather would take him to Toys R’Us or Walmart to get Lego sets to see how fast he could assemble them. In Elementary school he joined STEM and Robotics Clubs. He built a robot. Warren played the Euphonium in the marching band for 4 years.
His achievements are Honor Roll, Section Leader, Brass Captain, and Robotics Leadership. He enjoys building computers and coding. He worked as a cashier at Ingles, Inc. while attending school full time. He wants to pursue a career in Mechanical Engineering at Jackson State University in Jackson, Mississippi. He has a GPA of 3.22727. Rev. Dr. Bernice Cooper, Pastor of Bethel African Methodist Episcopal Church of Lake City, SC, says that Warren’s involvement in Community and school activities reflect his sense of purpose in achieving his future goals.
His grandmother, Martha Barr, states that Warren is a conscientious and hard-working young man who displays leadership skills and takes pride in his work. Warren wants to show his mom and family that hard work was not in vain, and that he will have a promising life and make them proud. He is well deserving of the Dot Aiken Scholarship 2021.